EATS: THE WORLD’S MOST EXPENSIVE CHOCOLATE 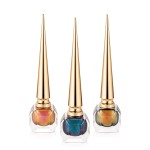 A company based out of Ecuador has created the priciest, rarest chocolate in the world. To’ak chocolate came to life through founders Jerry Toth and Carl Schweizer.

In the world of chocolate, connoisseurs acknowledge cacao originates from Ecuador. While most of the world’s chocolate comes from mass-produced cacao beans, 5% is produced from rare and highly- coveted Fino y de Aroma cacao, most of which grows only in Ecuador. This cacao is considered to be the finest in the world for its rich aroma and complex flavor profile (hence the price).

Co-founder Jerry Toth relocated to South America where he helped found a rainforest conservation foundation in Ecuador. His organization focuses on the protection of over 1,000 acres of tropical forest in coastal Ecuador in a province where cacao is in abundance. Toth began harvesting semi-wild cacao and making chocolate by hand in an off-the-grid house in the middle of the forest.

“We noticed that all of our neighbors were growing cacao trees, so we planted a crop of our own cacao trees in a small experimental agroforestry plot around our house. We also found groves of semi-wild cacao trees growing in the forest higher up the mountain. We started harvesting the cacao pods from these old trees and then fermented, dried and roasted the beans to make our own chocolate. Our house doesn’t have electricity, so it was all very low-tech and artisanal at first—we learned by watching our neighbors do it. “

To’ak is made with pure dark chocolate without additives included in many of the mainstream products on the market. To’ak chocolate is comprised of only two ingredients: cacao mass and cane sugar, both of which are organically grown. The cacao beans in the chocolate undergo no less than six different phases of selection, removing beans deemed too small, thin, under-ripe, over-ripe, or incompletely fermented.

The first batch of chocolate from To’ak is the 2014 Rain Harvest edition. 10% of this batch has been released, initially producing 900 bars. Of these 900 bars, 574 were packaged and 326 bars were rejected based on appearance. The rest is being used for aging experiments and special releases.

In the middle of the To’ak chocolate bar is a single, individually-selected roasted cacao bean. Each bar is packaged in a hand-crafted hardwood box that is engraved with the individual bar number. The box is made from responsibly-sourced Spanish Elm wood, the same wood that is used to ferment To’ak cacao. The box includes a 116-page booklet that provides a 6-step guide to dark chocolate tasting, tells the story behind the sourcing of To’ak cacao beans, and illustrates the process of chocolate making.

To’ak cacao is organically grown, and the farmers who grow it are guaranteed the highest price per pound in Ecuador. Five percent of the profits are donated to Third Millennium Alliance, a conservation foundation dedicated to protecting the Pacific Forest in coastal Ecuador.