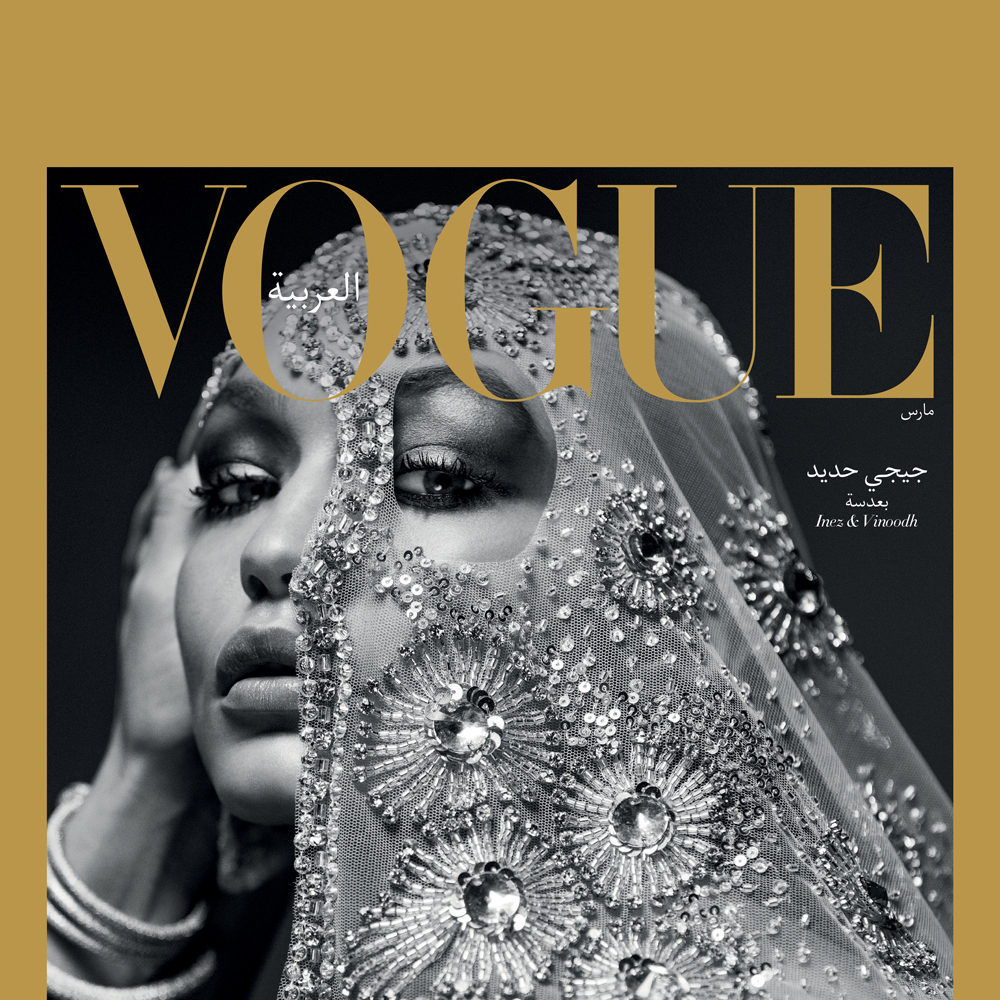 Today is another historical moment for fashion. It is the second day of Paris Fashion Week and also the unveiling of Vogue Arabia’s first print cover. Up until this point, the magazine, which is part of the Vogue international umbrella alongside 21 other international editions, has only had an online presence since its inception this past fall. Its first cover star is none other than Gigi Hadid, the half-Palestinian half-Dutch supermodel who has, since the start of her career, openly and proudly embraced her Arabic roots. The cover follows other recent milestones for Middle Eastern and modest fashion. Recently, Halima Aden became the first hijabi model to be signed to an agency in the U.S., just months after Anniesa Hasibuan debuted her collection at New York Fashion Week with all hijab-clad models (which she did again this season, in addition to featuring models who are all immigrants).

Gigi Hadid this morning shared the cover image with the following caption:

“I think the beautiful thing about there being international Vogue’s is that, as a fashion community, we are able to celebrate, and share with the world, different cultures. Being half-Palestinian, it means the world to me to be on the first-ever cover(s) of @voguearabia, and I hope that this magazine will show another layer of the fashion industry’s desire to continue to accept, celebrate, and incorporate all people & customs and make everyone feel like they have fashion images and moments they can relate to… & learn and grow in doing so.”

Vogue Arabia Editor-in-Chief, Princess Deena Aljuhani Abdulaziz, said it best: “The collage of countries across the Arab world are long-deserving of a place in fashion history, and there’s no better first ‘face’ to lead the charge for Vogue Arabia than Gigi, a model who defines tomorrow’s entrepreneurial and dynamic generation.”