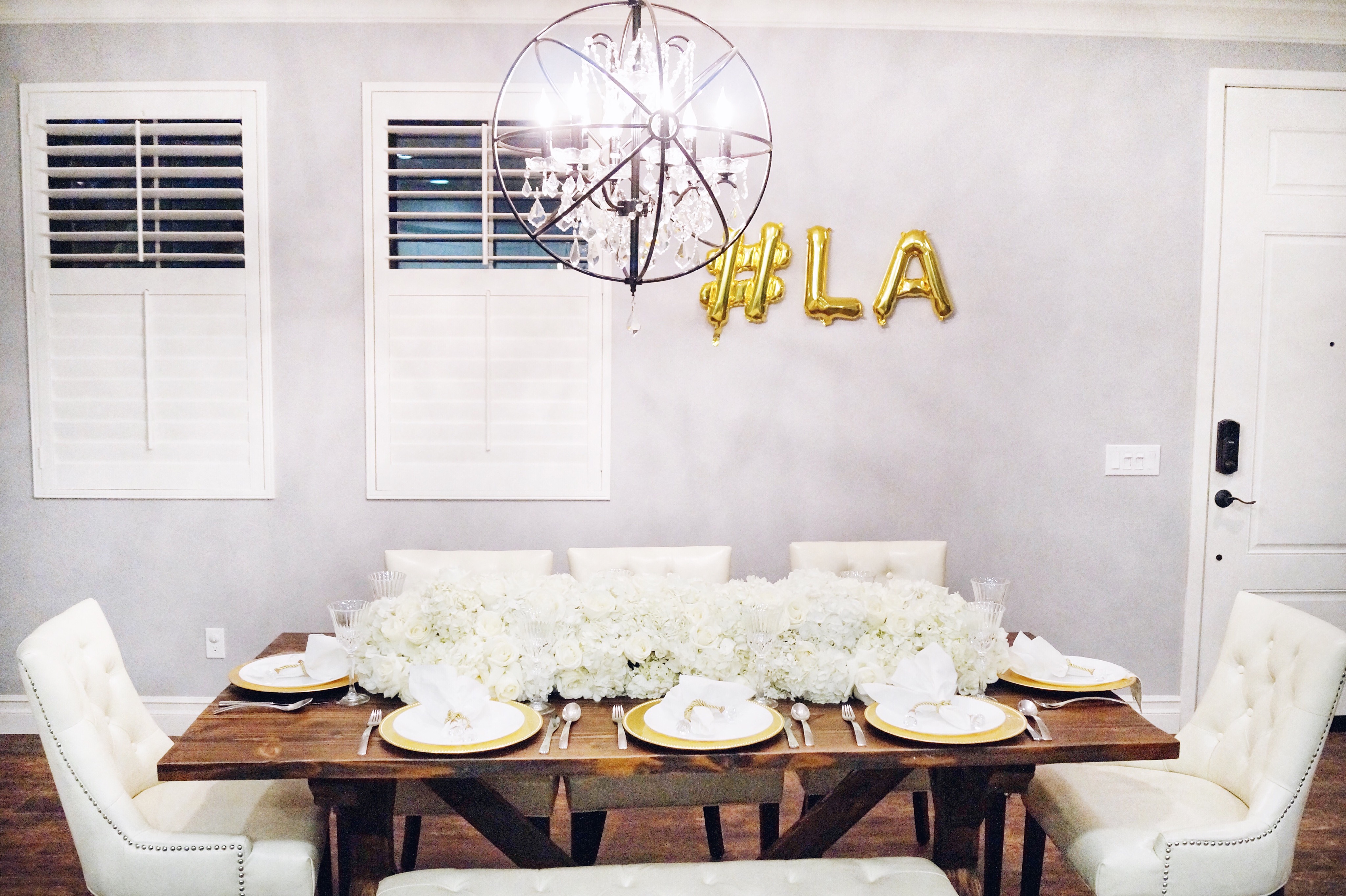 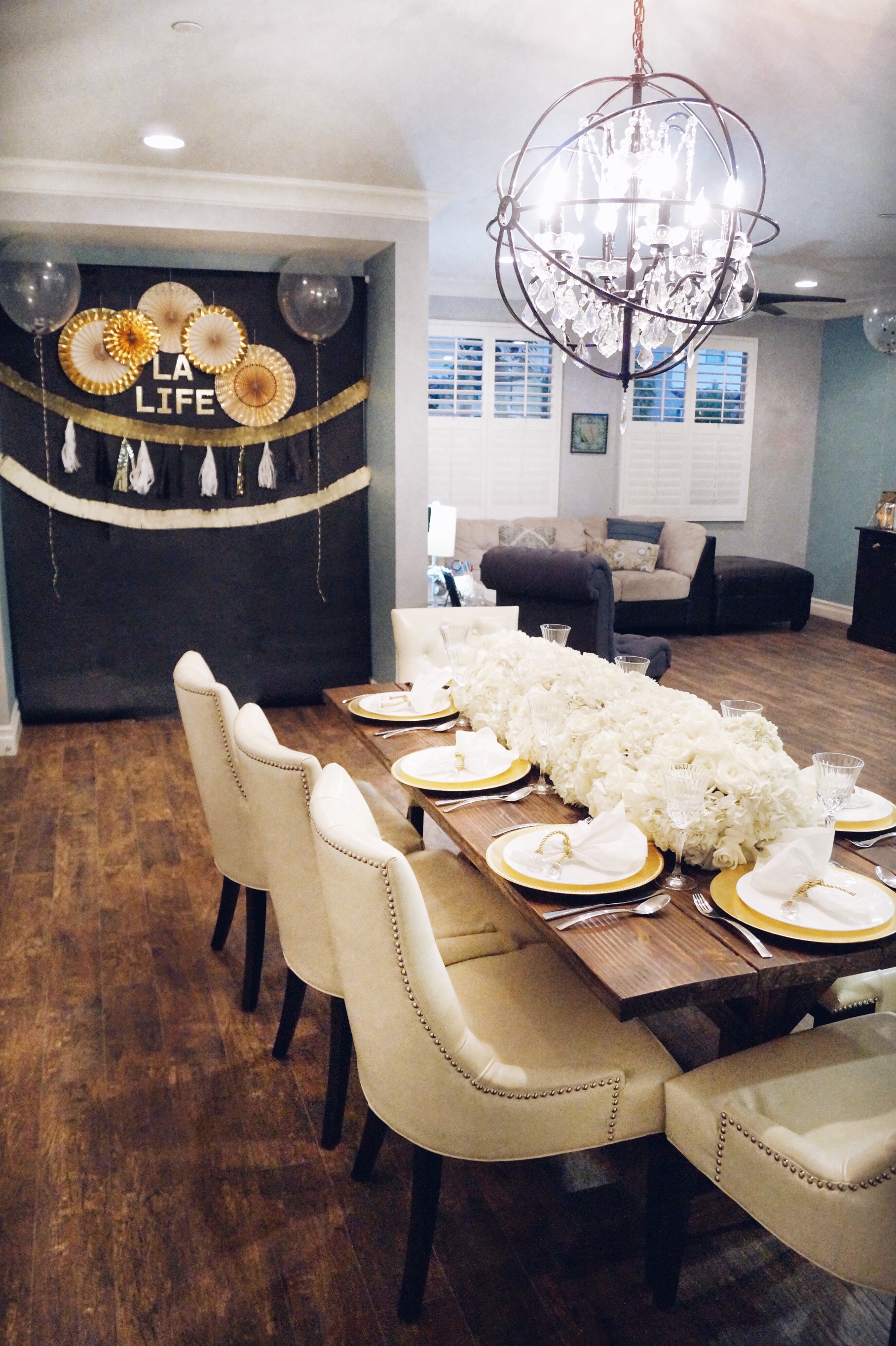 We all receive many party invites, especially during the holiday season. Holiday parties, New Year’s parties, and wedding parties flood our calendars during the winter season. I myself have had the opportunity to throw many social events in the past, and for me, it requires some artistry. Only a few of the functions I have attended have been memorable because of the lack of attention given to details in creating an experience for guests. It is important to bring to life a different world, theme, or feeling with each space used. Anyone can bring a caterer and put up a banner, but not everyone can create the event of the year. It takes time, research and a little bit of money. I have never used an event planner nor have I broken the bank trying to throw a lavish event. If done correctly, an event can be over the top when money is spent on worthy things. I wouldn’t consider it DIY, as I don’t get crafty much of the time, but I would consider it a more efficient, cost-effective way to throwing a party. Having planned a wedding, parties and formal events on a grand scale (120+ people), I am confident that I can give you some tips to creating a tasteful celebration.

My focus recently has been on how to throw themed parties. The three components I believe are most important for parties in 2016 are a photo booth, lavish dessert display, and flowers.

In late December, with the help of a few co-hosts, I threw a luxe dinner soirée for 15 people. The theme was “Los Angeles”, in celebration of our guest of honor who was leaving the City of Angels for Abu Dhabi. On this particular occasion, I opted for an online invitation for lack of time via Paperless Post. And then the planning began.

In true LA fashion, I brought in colors of onyx, gold and ivory to bring in a bit of LA glam, but without teetering towards the sometimes tacky “Hollywood” theme. I tried to customize as much as possible, and through some Googling I found the website Sweet Lulu, which had what I needed for the “#LA” gold letter balloons and gold banners that read “LA Life” and “The Aristochick”, the name of our guest of honor’s styling persona.

In line with the theme, I brought gold chargers and gold braided napkin rings with crystals on each end. From the parties I had thrown previously, I learned to invest in necessary, reusable party pieces instead of renting them. You can get a hold of similar gold chargers at places like Bed Bath and Beyond or Pottery Barn. Napkin rings are available at virtually any store that has home goods. I usually purchase metallics, gold or silver, as they compliment any other color you would want to introduce for future events. I also brought in my wedding china glasses for guests to drink from. Luxe glassware is a great investment if you only own simple china. It adds a level of sophistication without having to invest in expensive tableware. To distinguish the seat for our guest of honor, I placed a banner I had found at Paper Source on her charger that read “Every day I’m hustlin’ “.

To construct a photo booth, I tried to bring in different textures to a backdrop of black paper.  When decorating in a home that already has much character, like colored walls, covering one area with paper (e.g. over a window) is one way to create a photo booth against the already present decor. For the photo booth, I purchased three rolls of wrapping paper in matte black and secured them onto the curtain rod to cover the window. From there, I ordered fringe, tassels and circular fans from Paper Source according to the selected shades, which luckily coincided with their New Year’s decorations. Paper Source also had large, clear confetti balloons that came in a pack of 8 I used around the room. Paper Source has photo booth props for purchase, but I wasn’t too pleased with the quality. I bought extra props, like cat ears, from BCBG Maxazria. Alternative props are available at party supply stores. A recent addition to photo booths: the Instagram/Snapchat filter frame people can put themselves into for when they feel like getting meta.

These small accents created many levels to the dinner party, and with the addition of a photo booth and flower runner, our LA theme was incorporated in a polished manner.

Stay tuned for Part II and Part III, where we create a dessert display and flower runner. Questions? Send us a message!