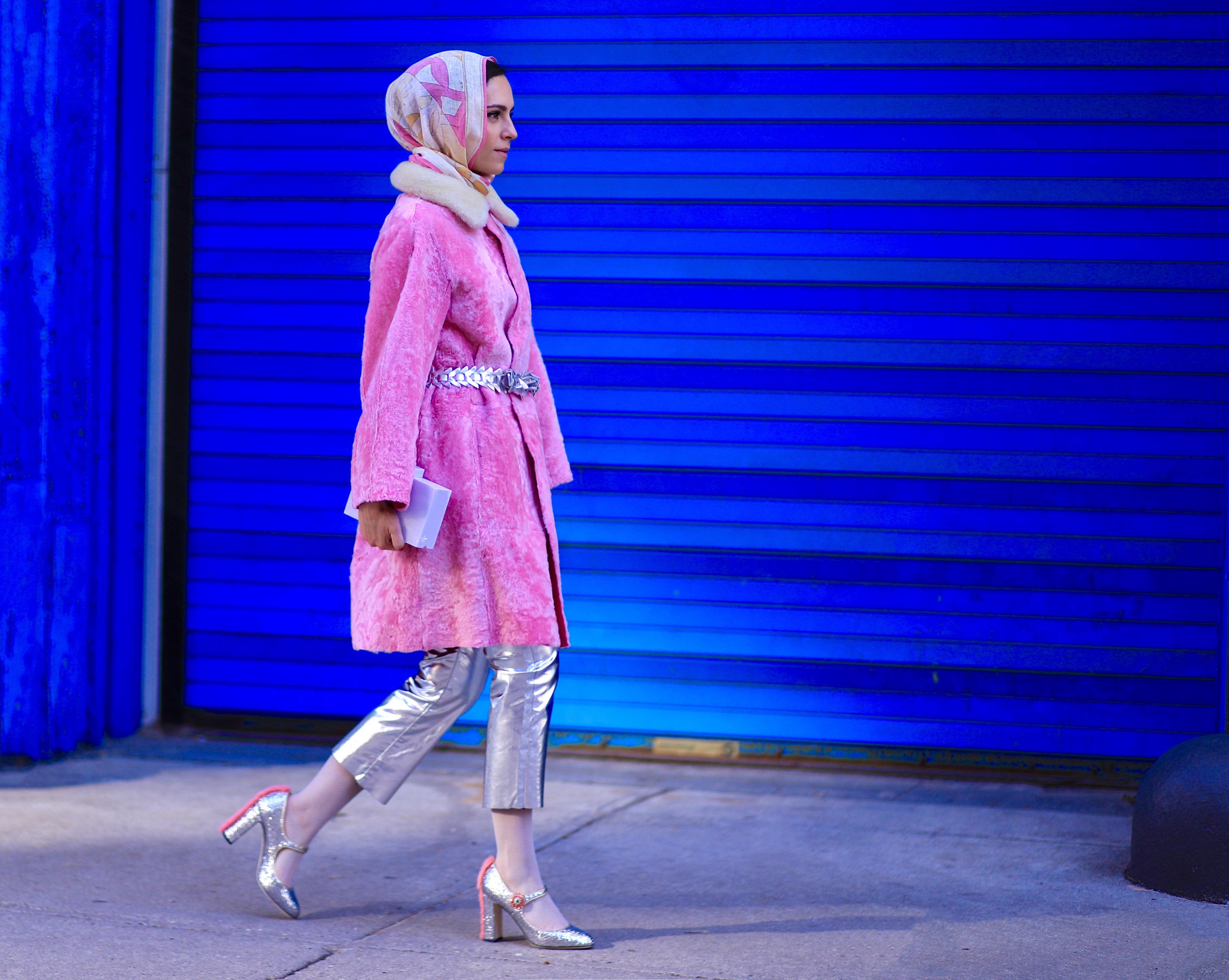 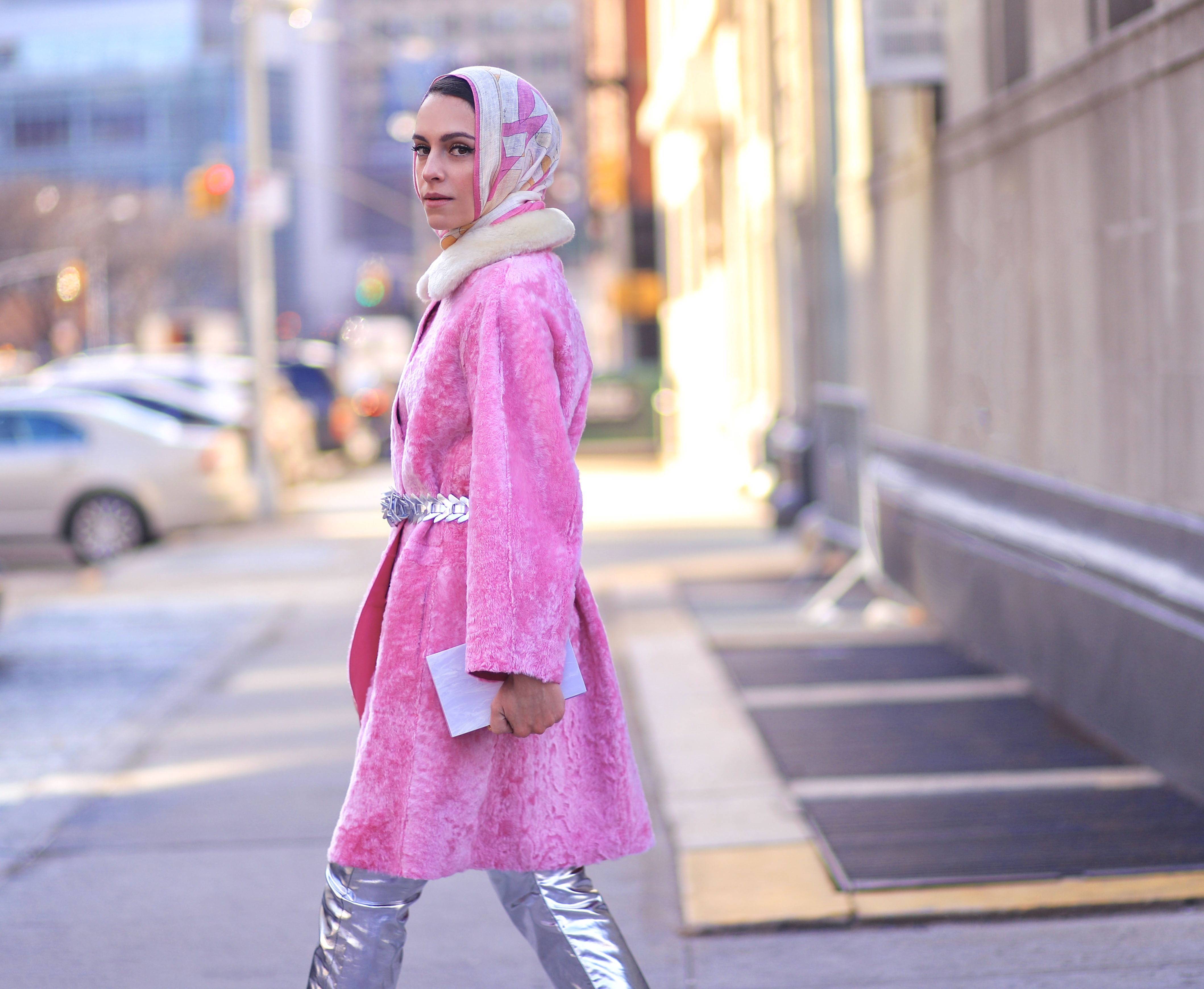 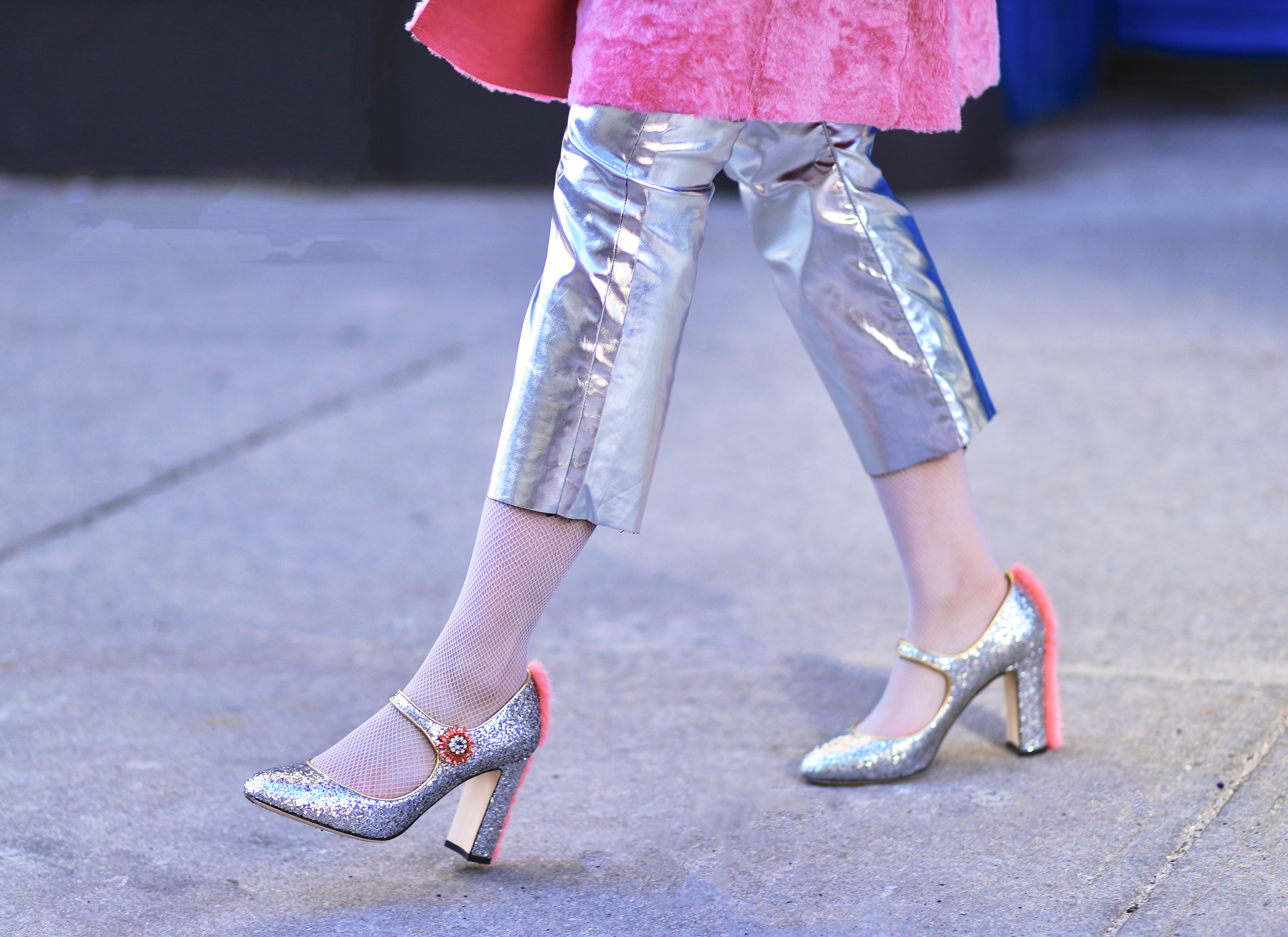 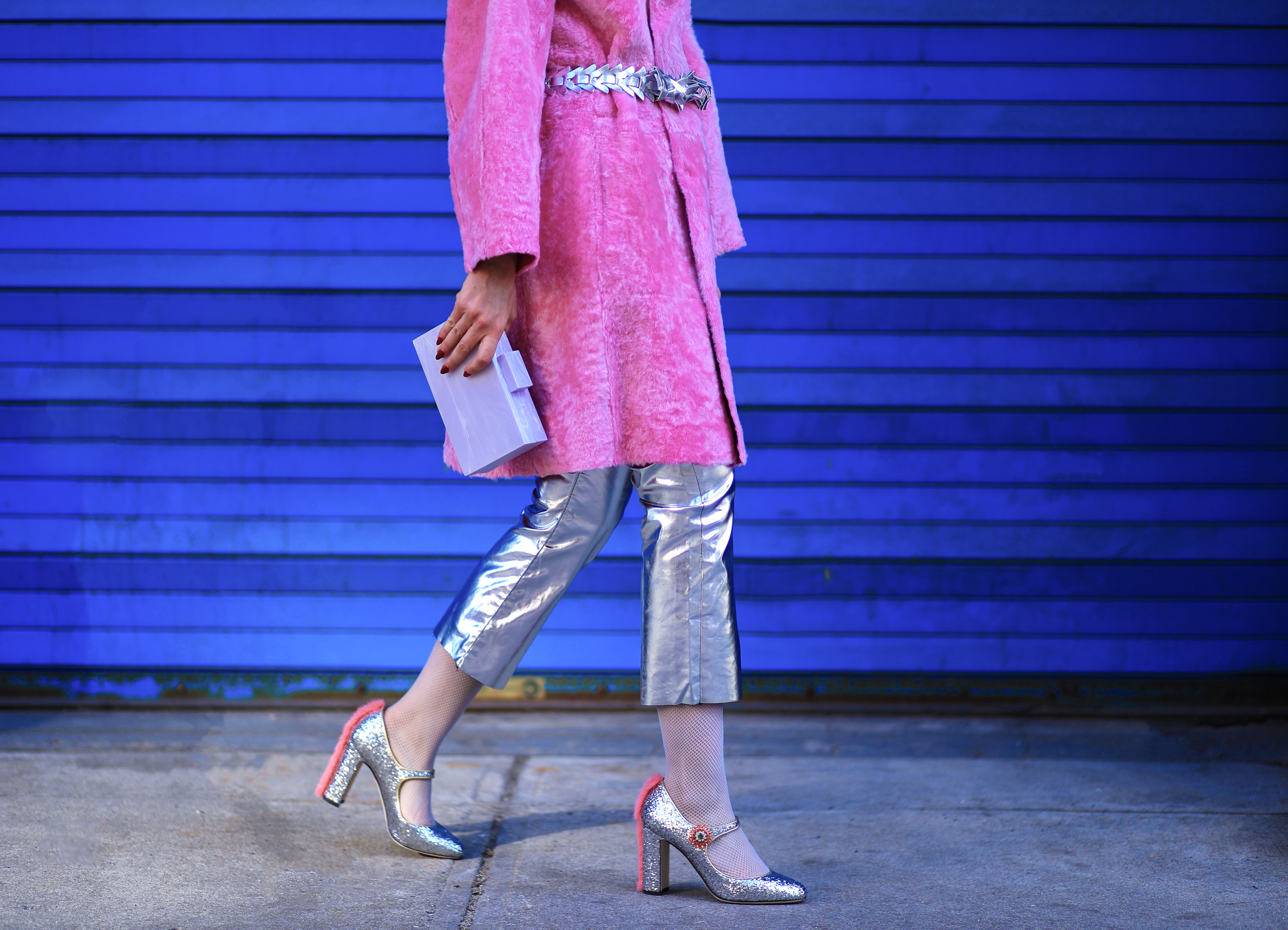 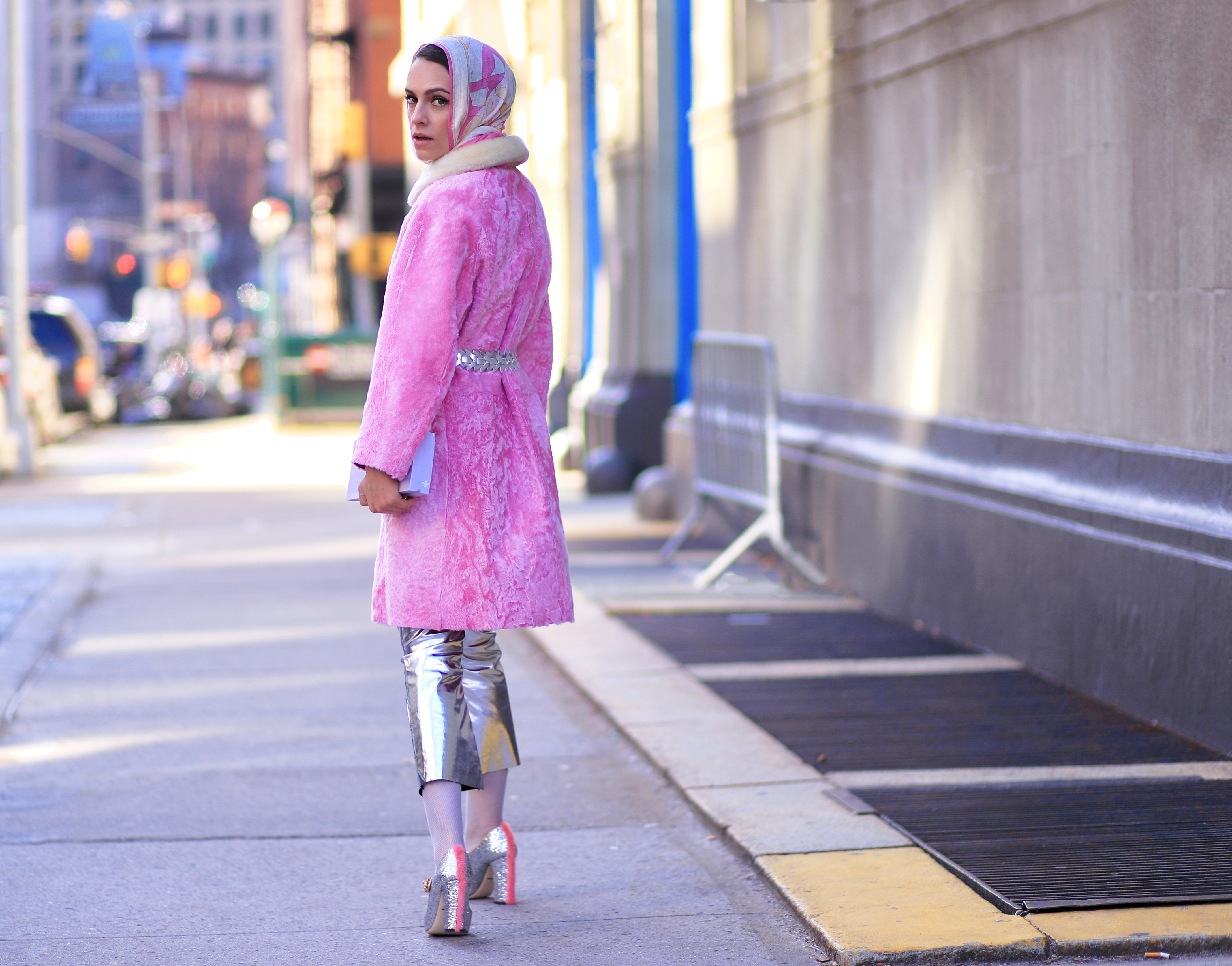 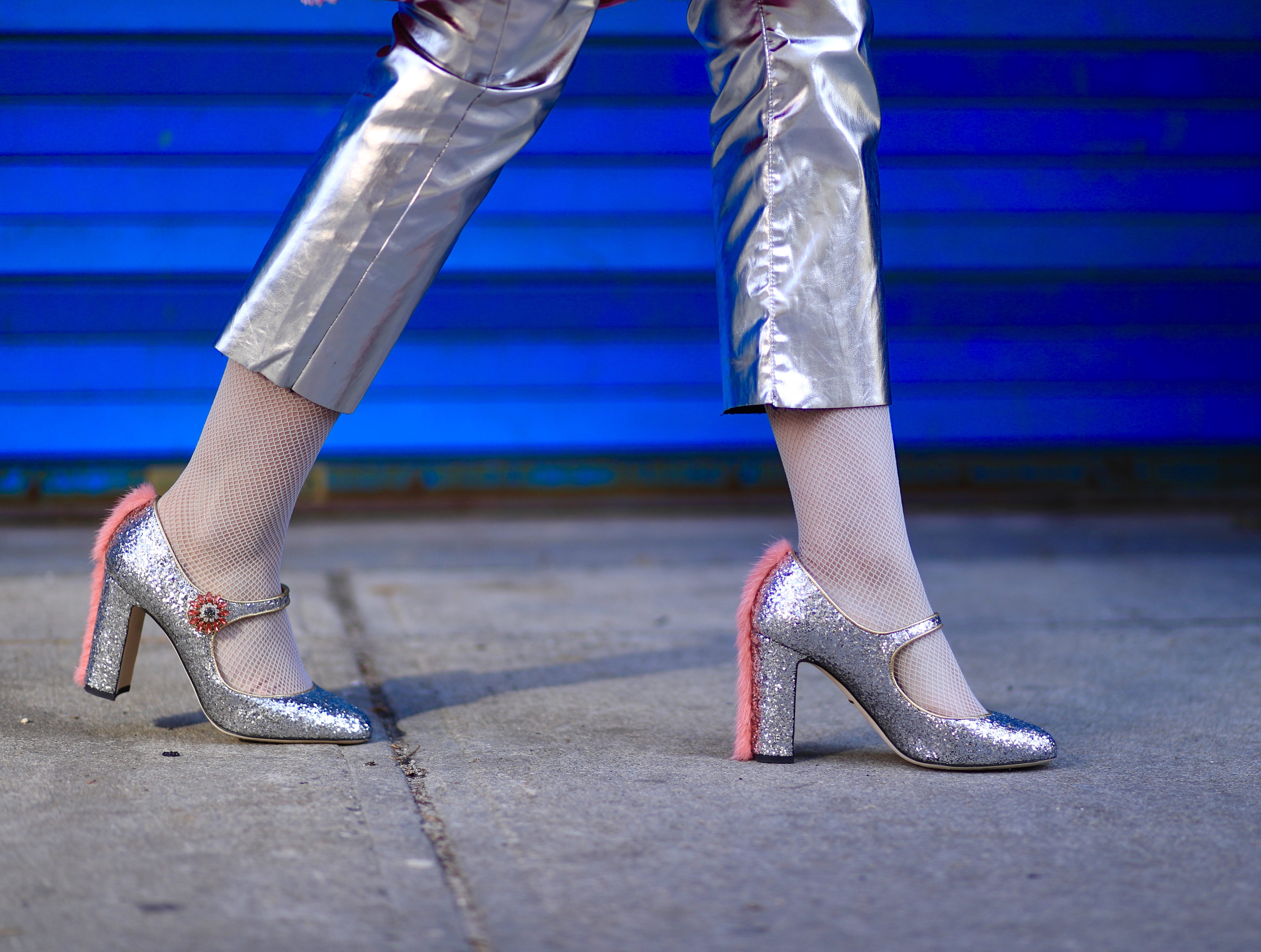 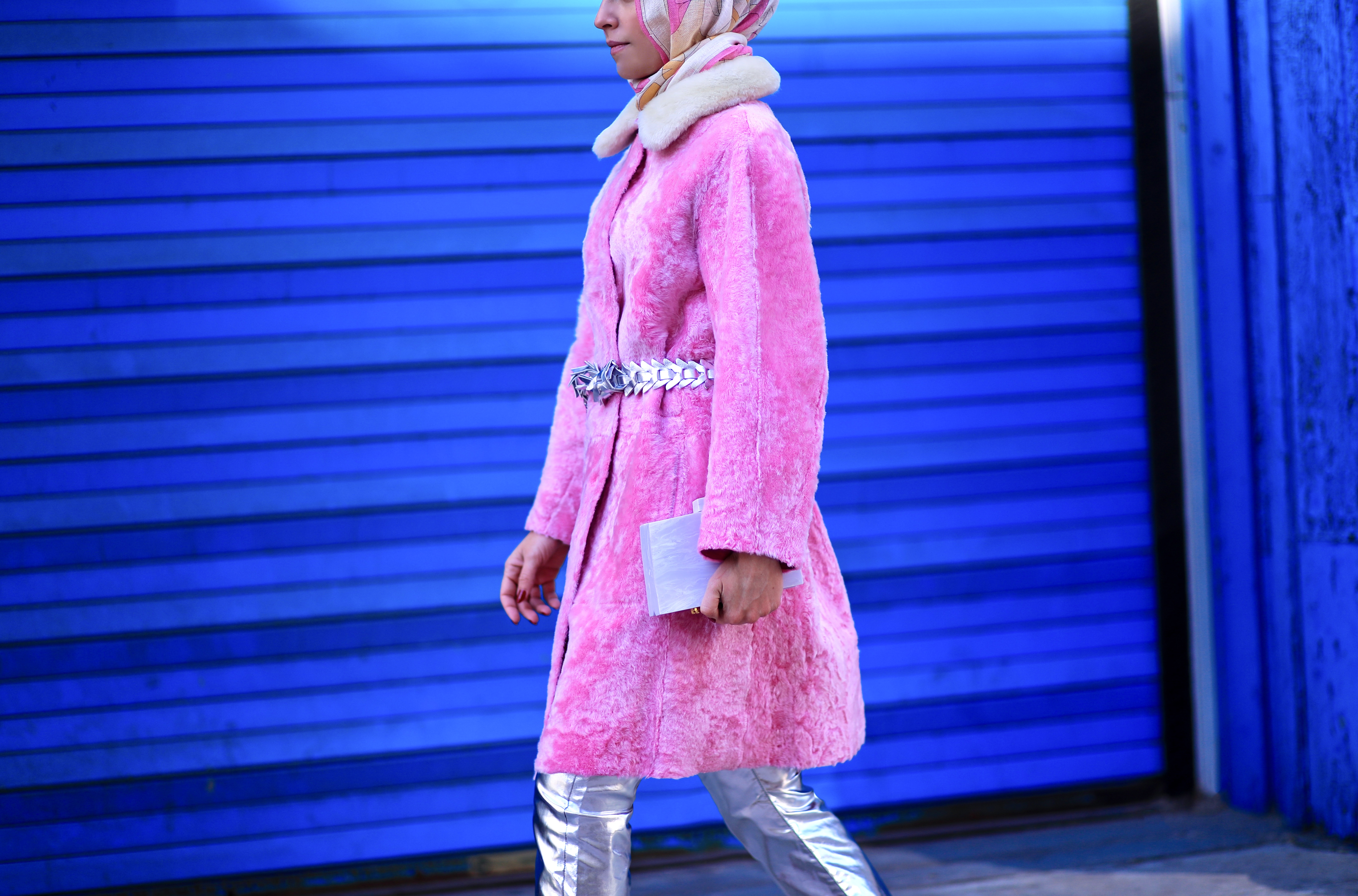 That was the vibe for the first day of New York Fashion Week in February. I wore a pink shearling coat, which just so happens to be reversible, with hot pink leather on the other side. Metallics are a bold, not for the faint of heart trend this season, which I paired with silver metallic crop jeans. In all honesty, the outfit was built from the ground up. That is, from the sparkly, pink mohawk bejeweled heels from Dolce & Gabbana. Shining, shimmering, splendid is an understatement. The bright, cheery pink coat brought mega Malibu Barbie feels to the first day of fashion month.

Stay tuned to see what I wore the rest of NYFW!