TRAVEL: WHAT TO SEE + DO IN ISTANBUL 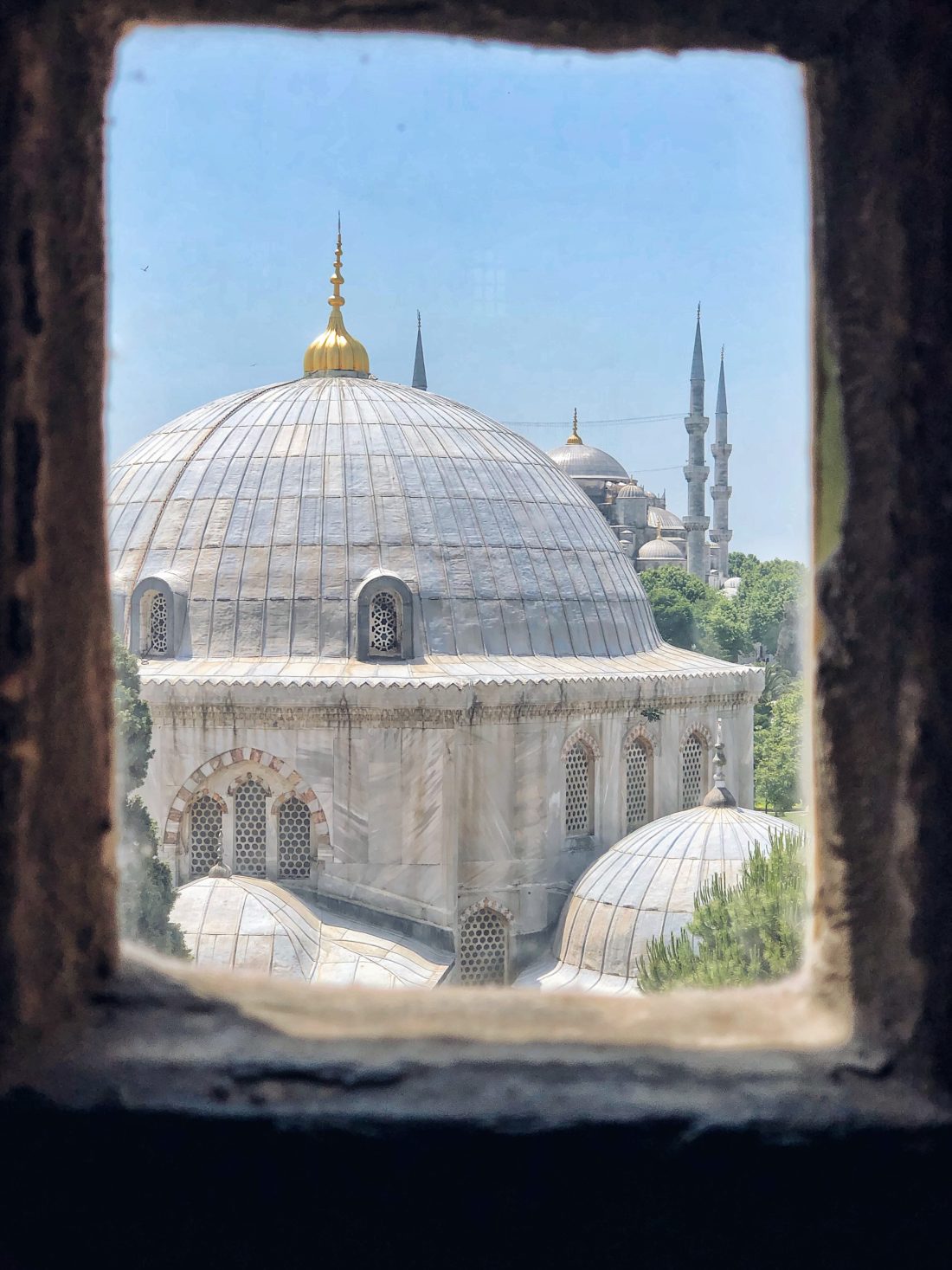 Image taken by Mademoiselle Meme at Hagia Sophia looking towards the Blue Mosque.

We spent the early part of our summer in Istanbul, Turkey, with 30 days to see and eat everything! It was our first time in Turkey and after a few weeks in the city, we have a lot of insights to share if you plan to visit.

Sightseeing was the biggest factor in choosing where we wanted to stay. Most of the great landmarks and historical sights we were interested in were in Old Istanbul (Fatih, Eminönü) but we didn’t want to stay in that area. It is too touristy and everything closes early. We were recommended the neighborhoods of Karaköy, Galata and Nişantaşı, which we ourselves would recommend now that we know the areas. Karaköy has a booming restaurant scene with a lively nightlife. Most of the places we ate at were in and around that neighborhood. Galata was where we decided on, right by the Galata tower. When comparing neighborhoods, a local described Galata as the equivalent of Venice Beach/ Abbot Kinney. Very hipster, artsy, full of street graffiti with a little grunge. Nişantaşı is the equivalent of Beverly Hills. Bougie, upscale, but far from all the sightseeing. Galata was perfect because it was a short walk to the bridge that connects Old and New Istanbul. The only downside is the steep uphill walk to Galata everyday. We were at an Airbnb in front of Galata tower which proved to be a bit touristy in summer and as a result, noisy. We recommend staying in Galata but not directly in front of the tower. Galata has late night coffee and dessert shops which we loved after a long day of sightseeing.

Taxis in Istanbul are dirt cheap. We got around for about 12-20 Turkish Liras ($2-$3.50) most of the time (i.e. Galata to the Old City, Galata to Nişantaşı ). One thing to remember when using taxis: make sure the meter is turned on. It is common to be quoted a taxi rate that is sometimes 5 times the amount you should pay. We mostly used Uber and Bitaksi. Uber uses yellow taxis but it makes things convenient for a few reasons. The meter for the Uber must be turned on as it is submitted to Uber after the ride is over. If the taxi driver inputs the wrong meter charge into Uber, you can have Uber fix it. This prompted us to always take a picture of the meter upon exiting the car to double check afterwards. Another perk of using Uber is that you can see where you are going so that a longer route isn’t taken. Uber is also convenient because many taxis will refuse you depending on where you are going. With Uber, you avoid that. The only difference with Bitaksi is that upon exiting the car, you agree on the price the driver inputs into the app. He cannot pick up another person or end the ride until it is agreed upon by both your apps upon leaving. This helps you avoid disputing later like with Uber.

Helpful tip: If you are going from the new Istanbul airport to Galata, expect to pay somewhere around 125 TL without traffic.

If you are planning to sightsee, make sure you check what museums and other landmarks are open that season. We bought the 5-day museum, assuming the major landmarks were all available. It ended up being a waste for us because Yildiz palace was closed and the Blue Mosque was under restoration so you didn’t get to see it, though its still open. There are also many places that are not included in the museum pass that are pricey, like the Dolmabahçe Palace.

We got a SIM card at Turk Cell for the month. It was around $20 for 25GB of data and minutes. This was the best thing we did as we needed data to navigate the city by foot and use translation apps. In terms of apps, download Google Translate. The language barrier was very difficult, with English and Arabic at our disposal, we barely survived without this app. Google Translate now lets you download the language on your app so you don’t need WiFi to translate. XE Currency was our go-to for translating prices.

Scroll down to get an idea of places to see, broken down by neighborhood for your convenience. Listed below is also a breakdown of activities we feel are a must for a full Istanbul experience.

Find out where to eat in Istanbul here.